Alexander W S and Mariam Mih founded the MM Ranch in 1964 with six registered Polled Hereford females and one bull. Early adopters of performance testing, they began recording weaning and yearling weights and many bulls successfully competed in regional bull tests through the 1970’s. 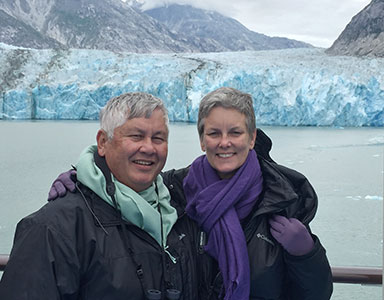 The ranch, now operated by Alexander D and Alison Mih, has expanded over the last several decades to include more than 1200 registered females selected based on performance measurements. Sires have been selected from breeders around the country that are dedicated to performance testing. Very few outside females have been added to the herd.

Since 2006 all bulls and replacement females have been tested for feed efficiency through the calculation of Residual Feed Intake (RFI). This trait is now used along with other more traditional traits for breeding stock selection. The ranch participates with numerous universities as well as the USDA on projects focused on beef cattle improvement. MM Ranch cattle have been evaluated in the American Hereford Association Genetic Outreach Program.

Retained ownership of cattle through the finishing phase has been a practice of the ranch since 2004. Several hundred cattle are finished in feedlots each year with individual carcass data used as a critical part of our ongoing cattle evaluation process.